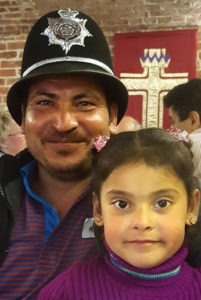 It can be isolating to be one of just 2 Syrian families in Ripon, so we try to facilitate social links with British people (to help with assimilation, integration and independence) but also with other Syrians in the region.

Mixing with British people and culture

We’ve arranged a variety of social events including Christmas parties and strawberries teas, and we’ve introduced them to the mayor and to the police, and to some volunteering. We also run a Facebook page – partially in Arabic, partially in English – where we explain local customs and special dates, and promote local attractions and events. 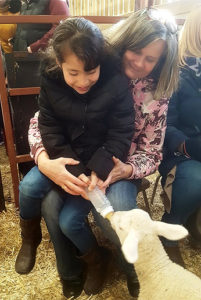 Getting to know the region

North Yorkshire is 80% rural, buses are expensive and Ripon doesn’t have a train station. So it can be hard for the Syrian families to get out and about, see the countryside, and get to know their new country.

We’ve helped them to visit regional attractions such as Kettlewell Scarecrow Festival, Fountains Abbey and Newby Hall. We’ve taken some of them fishing at Kilnsey.

We’ve secured some local charitable funding to help the Syrian families to get out and about. Several minibus trips have been planned to a range of destinations including the Dales, the seaside, and York’s Railway Museum.

Other Syrians in the region 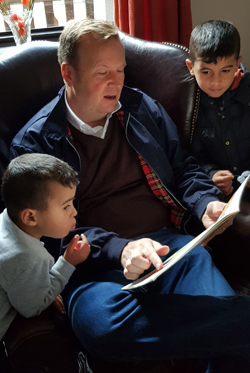 We help to build and maintain links with Syrians and other Arabic-speakers in the region. To date this has included Harrogate, Knaresborough, Richmondshire, York, Wakefield and Hull.

In September 2016, we hosted over 100 refugees and asylum-seekers from Hull’s Open Doors project and from Wakefield City of Sanctuary. A year later we received the Wakefield group again, and in February 2018 we took our families over to Wakefield, too. The visitors who come to us are treated to lunch and visit local attractions including the Leper Chapel, the Workhouse Museum and Ripon Cathedral.

In November 2018, we were fortunate to be able to benefit from York City of Sanctuary‘s ‘Welcome to York’ programme, in which refugees and asylum-seekers are invited to come and have a day of hospitality and see some of the city’s attractions. The children espcially loved the unicycling flame-juggler near the Shambles, as well as the Victorian streets in the Castle Museum!