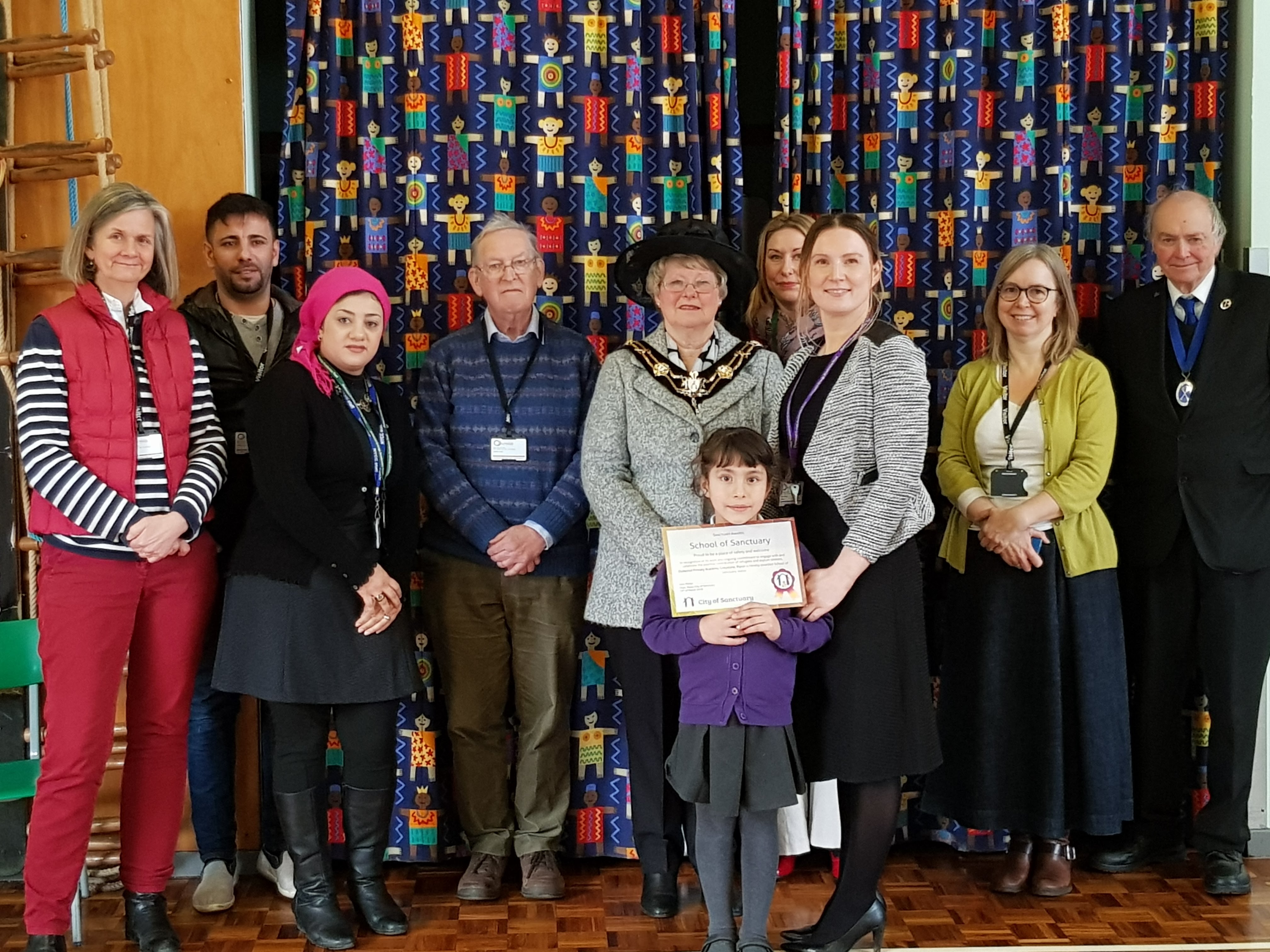 Head teacher Victoria Kirkman with mayor Pauline Hardy and Syrian pupil Aya (and dad), plus members of Ripon City of Sanctuary and other supporters.

19 March 2018 – We’re delighted to announce that Outwood Primary Academy Greystone, Ripon, has been awarded School of Sanctuary status, and is the first school in our city to do so.

Staff and children have been working hard for more than a year to evidence the way in which the school embeds asylum issues across the curriculum.

In October 2017, Outwood Primary Academy Greystone particpated in the inaugural Ripon Poetry Festival. With our support, children in Y4 and Y5 produced an anthology of poetry called Leaving, inspired by sessions we had led within the classroom on the subject of war, journeys, exile and asylum. More about the children’s refugee poetry.

All of the primary and secondary schools in Ripon, and several in the surrounding villages, are working towards this award.